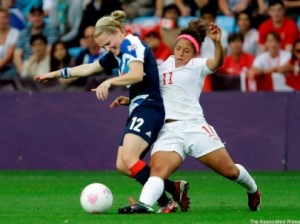 The results of the Columbia University study were presented Wednesday at the American Academy of Neurology 2017 Annual Meeting in Boston.  Investigators found that among college athletes of both sexes who took part in sports such as soccer, football and basketball, women were 50 % more likely to suffer sports-related concussions.

How Does the Brain Get Hurt? 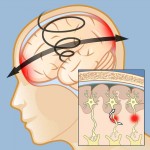 A concussion results from “the rapid acceleration or deceleration” of the brain within the skull.  The force behind the brain’s change in velocity is often from direct contact to the head, but can also come from indirect forces like whiplash which may result from a car accident or from being blindsided by a player on a soccer field.

Concussions can also occur from repeated blows to the head that do not appear to be injuries at all, for instance heading the ball in soccer, repeated falls during skate boarding and simple blows to the head in basketball, football and volleyball.

According to the Comstock and Crutchfield study, it’s not head-to-ball contact that poses the greatest concussion danger for younger players, but rather player-to-player or player-to-ground contact.

Over time, the effect of these incidents becomes cumulative until that seemingly inconsequential event that becomes the tipping point as it is followed by symptoms that interfere with memory, sleep, mood, pain, and the ability to get along with people.  Slightly slower processing and reactions times are the first effects of a mild injury, even without a loss of consciousness.

According to recent studies, even briefly exercising for 20 minutes facilitates information processing and memory functions.  Exercise increased growth factors in the brain—making it easier for the brain to grow new neuronal connections.  The antidepressant effect of running is also associated with more cell growth in the hippocampus, an area of the brain responsible for learning and memory.

Neurofeedback can help with many of the symptoms of concussion. 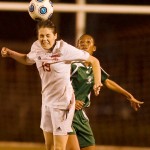 While neurofeedback isn’t a cure-all that can patch up brains and let them take a continued beating, it can help with the often significant cognitive and emotional symptoms that can arise with concussion.  It supports the brain re-establish its connections, calm over-activation, slowly reactivate impacted areas, and regain or exceed its former performance.  It is best implemented as part of a comprehensive rest and recovery program along with your physician’s treatment.